The Vigil Project comes to ECRC

Previous Next
The Vigil Project comes to ECRC

By Val Nafso and Alana Bahoura

In September of 2017, Ignite the Spirit had the opportunity to collaborate with a band called “The Vigil Project.” Two members from the band, Greg Boudreaux and Sean Williams were flown to Michigan to lead a private spiritual retreat for us (Ignite the Spirit). As a band, we knew we needed to grow, and “The Vigil Project” was willing to help us spiritually and musically. What makes them qualified? The Vigil Project—a Catholic band—does what we do, but on a much more professional level. Most of their musicians have a career in music, and the band tours together twice a year (for Advent and Lent), playing at churches all around the nation. They draw in worshippers who come to praise and give thanks to our amazing and merciful Lord. They also lead spiritual retreats and missions.

When we first met Greg and Sean during our retreat, we saw how genuine their motive to help us was. We immediately connected with them because they were invested in us and knew exactly how to help us grow. When we played for them, they told us we had real talent, and they don’t just say that to anyone; however, we know that we are never done growing. They taught us more than we expected to be taught. They re-introduced prayer into our group and helped us to form even a closer connection to each other as a band. They helped us understand that we, as a band, cannot have walls up and need to continuously pray for each other in our personal lives. They also taught us that we need to lead worship with our hearts…connect to the music through the Holy Spirit. It was honestly so eye opening for us, and they took us to a whole new level. After our retreat in September, they told us that we would be staying in touch. Our missions are very similar, and a connection through Christ is everlasting. We became like family.

Since we met Greg and Sean in September, we have genuinely improved as a band and as spiritual leaders. We don’t just sing or play music, we encounter Christ and lead people to do the same. We learned it’s not about feeling, it’s about the presence of Christ and all he can do for us in the hour we sit in front of Him with our hearts completely and vulnerably out in the open.

Ignite has stayed closely in touch with members of the band throughout the months. When they toured for Advent, some of us from Ignite travelled to Cincinnati to see them since it was the closest city they were playing in during their tour. They gave their “Chaldean friends from Detroit” a shout out during their set, and even offered us food for the road afterwards. Then, in February, the two of us (Alana and Val) took up an invitation and travelled to New Orleans, Louisiana to celebrate Mardi Gras (Fat Tuesday) with Greg and Lizzy (the married couple who play/sing together in the band). We were treated like family. We got to experience this holiday the Catholic way in New Orleans, which was a very new and beautiful experience.

A couple of weeks after that, the band travelled back to Michigan to take over for one of our “Ignite” nights. Greg, Lizzy, Andrea, John, and Melodie played at St. Thomas Chaldean Catholic Church for about 400 people. It was a beautiful night of worship where they played some of their own songs, some familiar songs, and gave testimony to their experiences with the Lord. We created an even stronger bond with them and will continue to stay in touch as we each continue our missions in our Church.

We are so grateful for the opportunities that ECRC has given us involving The Vigil Project. They have taught us so much about our own music and our own spiritual lives. And it has provided us with friends who will always be connected through Christ.

We are excited for anything this continued relationship brings in the future and will continue to follow the Holy Spirit’s lead in fulfilling God’s will as a band. 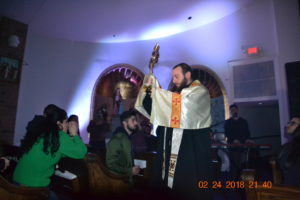 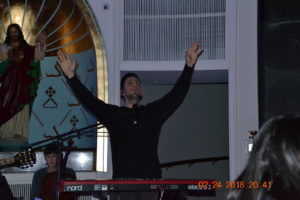 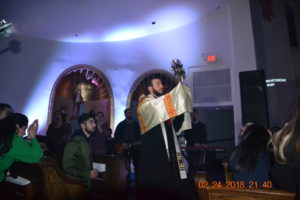 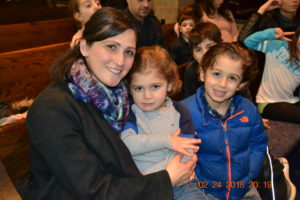 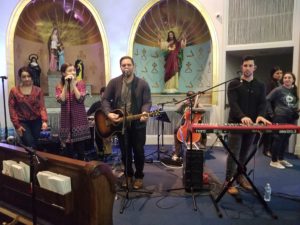 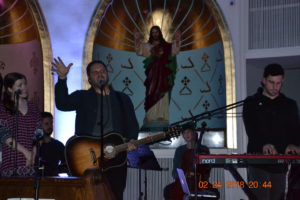 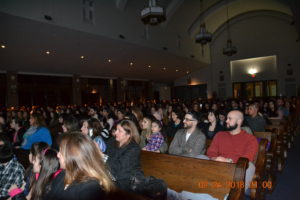 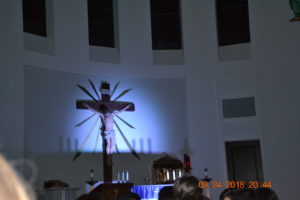